What is the best time to go to Coles for marked down groceries? Australian shopper spills secrets

An Australian dad has shown off his impressive bargain grocery haul after he nabbed more than $ 330 worth of meat for $ 47.

Posting to popular Facebook group, Markdown Addicts Australia the man flaunted his mammoth savings and revealed the exact time he hit the supermarket to get the heavily marked-down groceries.

The savvy shopper said he now has a full freezer stocked with the super-cheap meats and seafood he found at a Melbourne Coles between 8:30 pm and 8:45 pm. 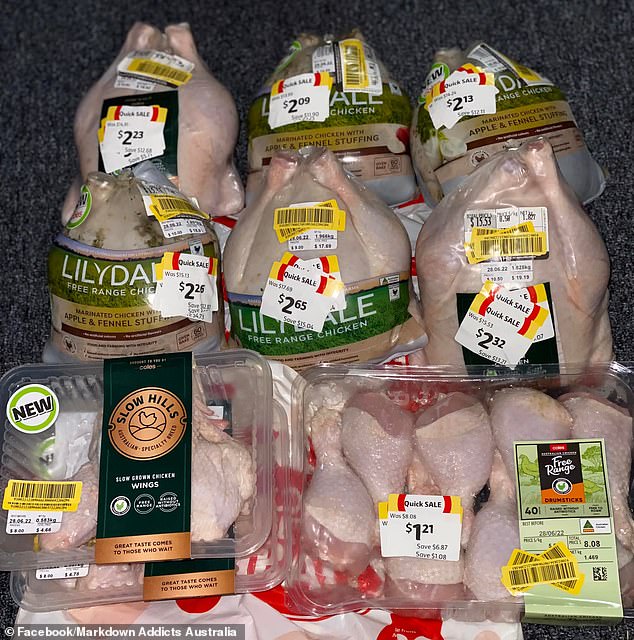 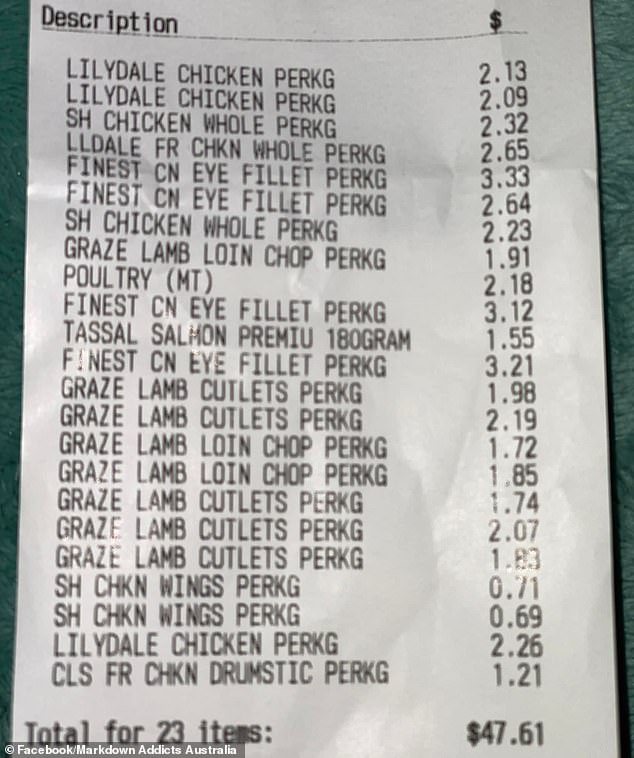 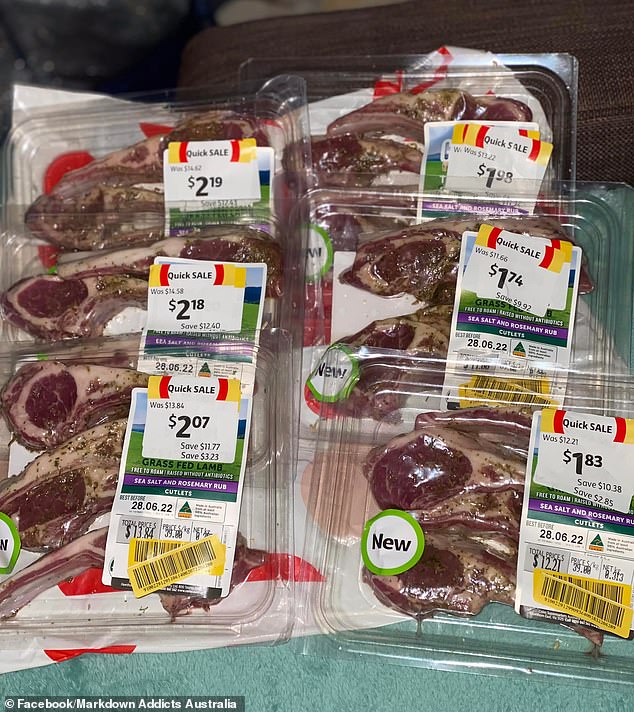 The bargain hunter revealed he found the marked down meats at his local Coles between 8:30 pm and 8:45 pm

He managed to score 23 different meats and fish including eye fillets for around $ 3, lamb cutlets for less than $ 2.50 each, whole chickens for under $ 3, and a pack of eight chicken legs for $ 1.20.

Dozens of shoppers in the comments were impressed by the dad’s incredible money-saving shop calling it a ‘great score’.

‘Great haul. Our local Coles does not seem to reduce the price by much. Wishing it would though, ‘one woman said. 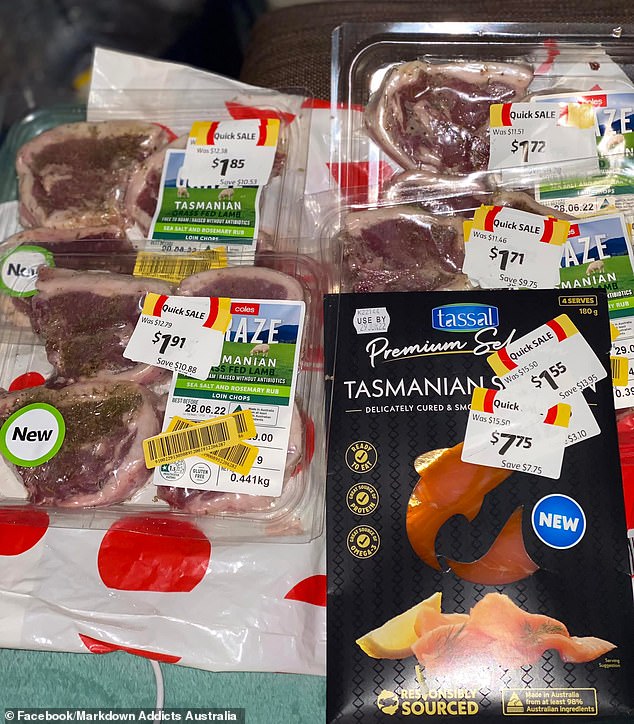 He managed to score 23 different meats and seafood including eye fillets for around $ 3, lamb cutlets for less than $ 2.50 each, chickens for under $ 3, and eight chicken legs for $ 1.20 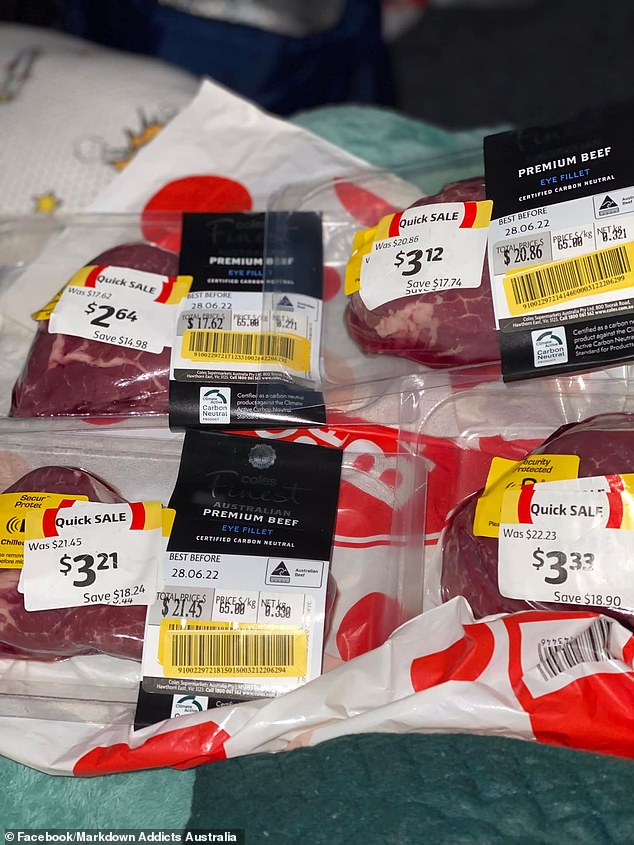 ‘Sometimes I go can not find anything but patience and persistence is key,’ the dad said in the comments

‘It could just the time you go, they do mark down items which have that days expiry by 80-90% but it is usually after 6pm, sometimes if you go after 6pm and see that the product is expiring that day you can ask them to mark it down, ‘the man responded.

‘Such a good score !!!!’ one mum exclaimed to which he replied: ‘It really was never had anything like this before, sometimes you just get lucky’.

‘Sometimes I go can not find anything but patience and persistence is key,’ he added.

‘The markdown gods were on your side!’ another bargain hunter wrote.

Previously, a Woolworths shopper shared their clever tip for purchasing lamb for just $ 8 per kilogram. 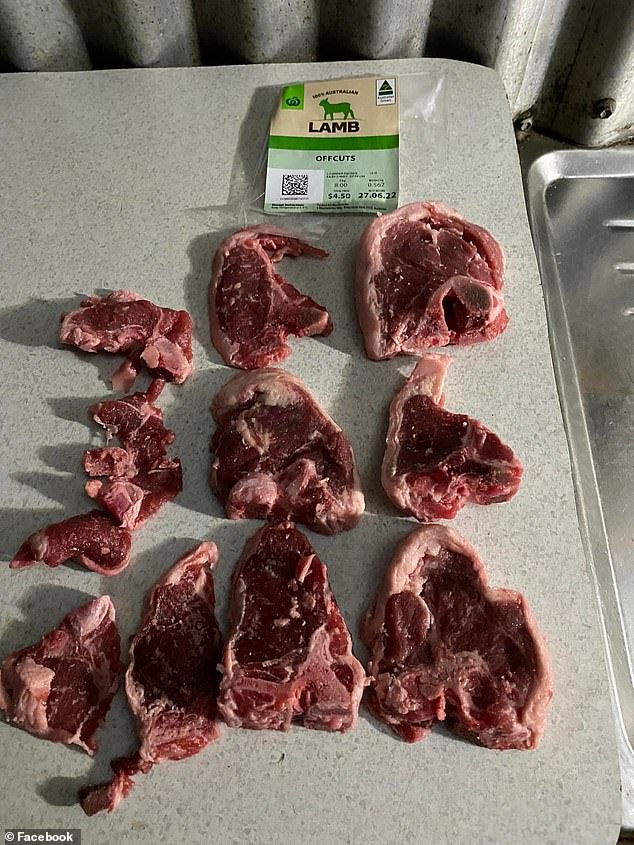 A Woolworths shopper said she originally wanted to buy $ 20 lamb chops but stumbled across a better buy. Instead she saw a 562g packet lamb ‘offcuts’ for a mere $ 4.50 (pictured)

The customer from Melbourne said she originally wanted to buy $ 20 lamb chops but stumbled across a better buy.

Instead she saw a 562g packet lamb ‘offcuts’ for a mere $ 4.50 and received six portions of a decent size along with several smaller pieces of meat.

Alongside a photo posted to the group, the woman wrote: ‘So I went to buy three little lamb chops today as it’s only for me, they had a six-pack for $ 20.’

‘Then I [saw] the offcuts – well hello, who wouldn’t take this option? ‘

Lamb offcuts are perfect to use in a variety of hearty recipes, including stews, soups and slow cooked dishes. 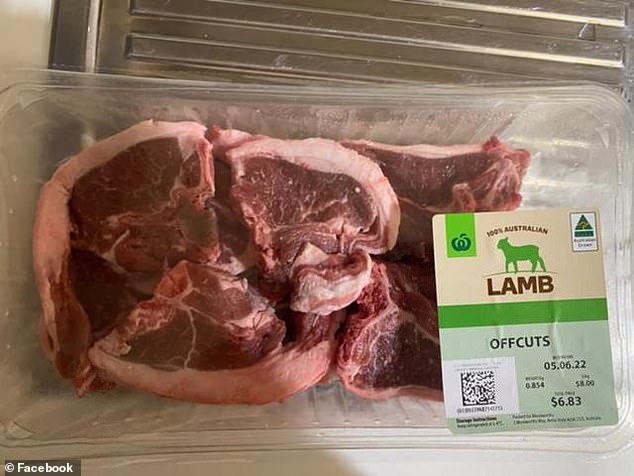 Another shopper managed to secure their own packet of lamb offcuts for $ 6.83 (pictured)

The social media post caught the attention of others swiftly and many dubbed the find as a ‘bargain buy’.

Others said they ‘never’ seen or heard of offcuts before but will keep an eye out in future shopping trips.

A former Woolworths employee added how offcuts are always good value for money and taste great.

‘I worked for Woolworths factory and the offcuts are honestly good pieces of meat and half the time the line is going too fast to grab the proper chops first, so they always end up in the offcut packages,’ the former staffer wrote.

Another person added: ‘I’ve never seen offcuts packs before! What the! ‘

‘Great for soup and casserole fry them up excellent I do love them too at that price,’ a third wrote.

‘I’ve done this before and was amazed with the good bits of meat you get in them,’ another added.

The simple switch will save shoppers money at a time when inflation is rising across the country.

Two women shot dead in Revesby, in the city’s south-west

How to Manage Medications With Your iPhone