The fight left Holloway battered and bruised, a massive cut above his eye leaving him gushing blood for the majority of the fight.

There was absolutely no doubt on the judges’ behalf, Volkanovski winning 50-45 on all three cards. 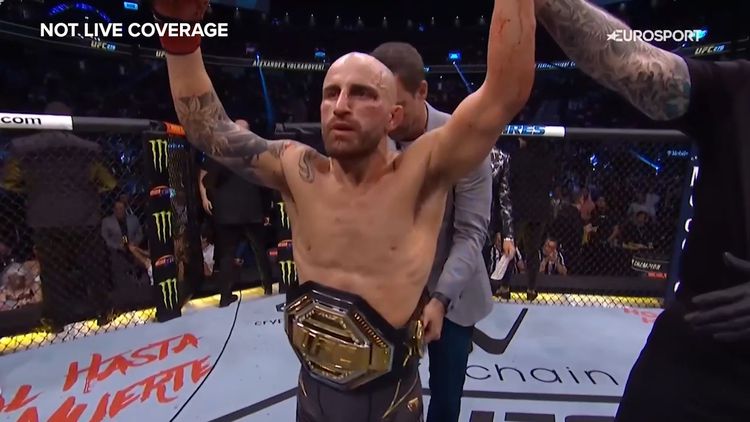 “Max Holloway is an absolute beast,” he said afterwards.

“Everyone back home, I do not care if you love me or hate me – stand up for yourself. People have been trying to bring me down, I stood up for myself and look at me now – nobody can bring me down anymore. ”

But what happens now? Is there anything left for him in a weight class that he’s absolutely dominated?

“I just proved to youse that I want to be in the octagon as much as possible, I want to be busy. I do not think that this division itself can keep me busy,” he said.

“I want to move up, go for double champ, and I’ll keep two divisions busy.

“So Charles, or whoever gets that belt, nothing but respect – I’d love to move up, get that double champ status, and if I get both belts, I’ll keep them both busy. Let’s go.”