LOS ANGELES – A former business partner of LaVar Ball won a round in court Tuesday when a judge fined Ball and Big Baller Brand nearly $ 1,900 for allegedly failing to produce documents and set deposition dates, according to a court order. 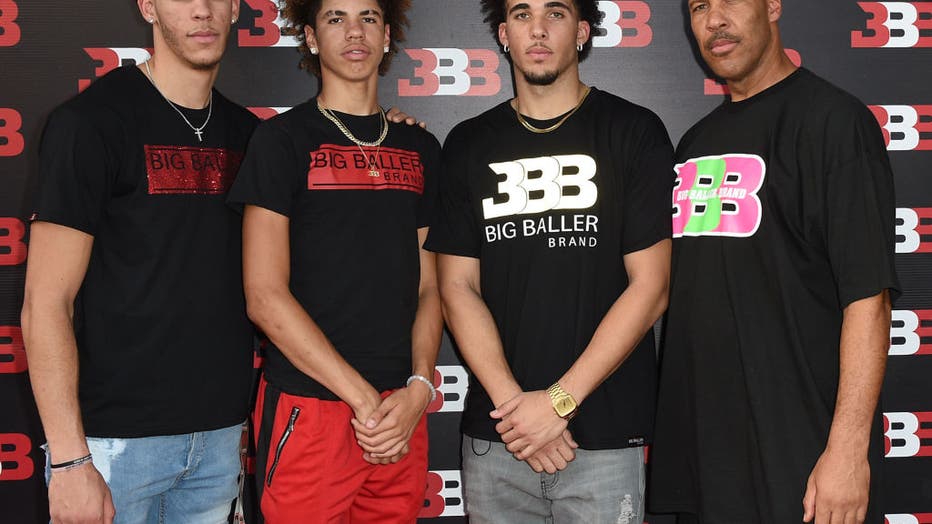 Los Angeles Superior Court Judge Monica Bachner ruled that the 54-year-old father of three professional basketball players and his businesses should pay $ 1,862 to Alan Foster and comply with the judge’s April 11 directive regarding the documents and depositions, all within 10 days.

The amount of fine levied was less than half the $ 6,662 sought by Foster. Both sides submitted on the ruling without arguments.

Foster’s attorneys filed their motion seeking the fine and compliance with the April order on June 3.

“Here we go again,” Foster’s lawyers stated in their court papers. “They have outright disobeyed this court’s order and continue to make excuses for their failure to produce the ordered documents.”

Ball and his companies “have even failed to produce simple documents such as corporate documents, and accounting records that are several years old,” the Foster lawyers stated in their court papers. “Shockingly, they have even failed to meet and confer on deposition dates.”

Foster needs the documents in order to prepare his case in chief and to defend against the claims brought by Ball, according to Foster’s attorneys’ court papers.

Ball and one of his sons, Chicago Bulls guard Lonzo Ball, started the litigation by suing Foster in April 2019 for more than $ 2 million, alleging that Foster conspired to embezzle millions of dollars and then divert those funds for his personal use. The suit also alleges that Foster never informed the Ball family of his criminal past.

Foster countersued in October 2019 for fraudulent concealment and breach of contract, alleging that LaVar Ball embezzled more than $ 2.6 million from Big Baller Brand and other companies associated with the Ball family, including Ball Sports Group, to fund an extravagant lifestyle.

Foster maintains that he loaned hundreds of thousands of dollars to LaVar Ball, his wife and Lonzo Ball, including more than $ 130,000 for Lonzo Ball’s living expenses at UCLA.

Foster’s suit also alleges that he managed an $ 80,000 sale of Lonzo Ball’s college uniforms and shoes, the proceeds of which went to the down payment on a Mercedes Benz G-Wagon for the NBA player.

Lonzo Ball, 24, then filed an additional complaint against Foster last Nov. 2, alleging Foster caused him to enter into “unnecessary, disadvantageous and excessive loans from non-traditional lenders carrying exorbitant financing fees” that allowed Foster to benefit at the point guard’s expense.

The Village Fete in Bermondsey is back – Southwark News